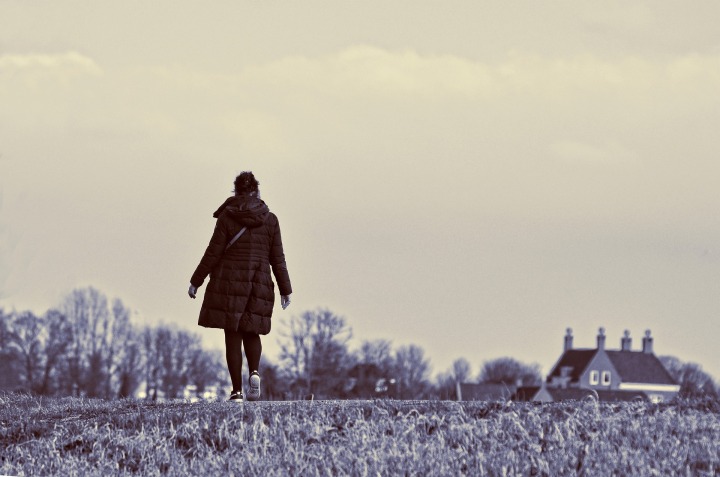 While I mostly write about newly published books on this blog, I really wanted to talk about this book. I was send the last book in this trilogy to review, The Book of Flora, and once I started reading it I knew I had to go back to the beginning. Not only did I want to understand more about this chaotic new world the characters were living in, I needed to read more of Meg Elison’s brilliant writing. So I went back to the beginning–which is exactly how The Book of the Unnnamed Midwife starts. We open in the new world, with young boys transcribing copies of what they call The Book of the Unnamed Midwife so that anyone who wants a copy will be able to read it. Because in the new world, there is no history — not the way we’re used to. What there is, though, is people’s stories and the Midwife’s is seen is one of the most sacred.

The narrator has no name. At least, not in the beginning. Her “old world” name is lost when an illness sets in that wipes out most of the population, leaving men greatly outnumbering women, and no babies anywhere. A poor outlook for a nurse with ten years of obstetrics experience. With this mass destruction of the population, all government collapses. There are no rules anymore. There is just survival.

And the Unnamed Midwife does whatever she can to survive. Including passing as a man as often as she can. With women being so scarce, they become objects that are traded — for food, for drugs, for guns. People have to decide what’s more important to them: sexual desires fulfilled, getting their high, or having protection. Because women are also trouble.

I don’t have to eat locusts or cast out demons. I just have to deal with myself. But there are demons in my wilderness. The wilderness is in my heart.

There are two major themes Elison explores: survival and isolation. Yes, we see the Midwife trek across the country in stay alive. But in her journey, she spends most of the time alone with her thoughts. There are times she goes months without speaking a word, but always has her journal. So not only do we see how a person will push their physical limits, but we see what happens when psychological limits get tested. We see her have to grapple with shifting morals. She’s tested, as a decent human being and as a healthcare provider: does she do what she can do help the women she does come across, and what’s the best way to do so?

This story was intense and gripping. I highly, highly recommend this to fans of The Handmaid’s Tale, and other feminist dystopians because we not only get a glimpse into how society collapses, but get a look into the way society can be rebuilt. How good can still be found, if we don’t give up hope. How to survive, for better or for worse.