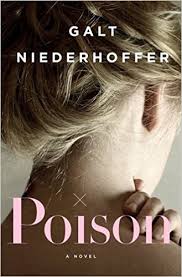 “If a family is lucky, that luck compounds with annual interest. If a family is unlucky, it begins to crack at the surface.”
— loc. 28

Cass Connor is a strong, successful woman and mother who hasn’t had the best luck in life. A widow and single mother, she finds love again with a charming and passionate architect, Ryan. Together, they move their family from the east coast to an upscale Seattle suburb where Cass knows no one. She has her job–teaching journalism at the University of Washington–and her children. At first, she feels like between her children, her husband, and her job, this is enough to sustain her. But slowly the shine of her passionate marriage begins to dull. Suddenly, Cass begins to question everything.

“The daily rotation of domestic life rolls on, as with any perfect machine, until a circuit breaks and the machine ceases to function.”
— loc. 37

Evidence that Ryan isn’t everything Cass thought he was begins to grow. Between hair found in their shower drain that isn’t hers and veiled threats about custody of their son, Cass becomes sure of one thing: her husband is trying to kill her. Poison isn’t just a reference to what Ryan is physically doing to Cass, however. Niederhoffer builds a situation that highlights how easy verbal abuse and gaslighting can cause someone to second guess themselves, and how easy it can discredit someone. Whether Ryan will get away with actually killing his wife isn’t the only terrifying part of this book: it’s whether or not Cass can get anyone–including her parents–to believe what she’s saying. To help her, and her children, get out of a volatile situation.

“Walking through her empty house, she thinks of other instances of denial. The carrots and the sticks hat cause people to uphold fictions.”
— loc. 2148

A slow-burning literary thriller, Niederhoffer keeps the reader at the edge of their seat up until the very end. Poison is for fans of B.A. Paris’ The Breakdown and The Girl on the Train.