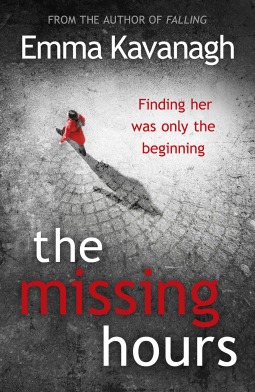 A body is found. A woman has gone missing. For the quiet countryside on the border of Britain and Wales, this is something that doesn’t happen much. So when the missing woman–Serena Cole, a psychologist who also helped fund The Cole Group, a Kidnap and Ransom cases–turns up the next day, all police resources are focused on the murder. But DC Leah Mackay isn’t ready to let go of her gut feeling: something isn’t right about the Cole case. Going against her newly-promoted brother, DS Finn Hale, Leah keeps investigating Serena and the Cole family. How can a woman disappear without a trace and come back unharmed, with no memory of what happened to her?

“The human in us rails against that, that we should be able to vanish without leaving as much as a ripple.”
— loc. 2012

The push and pull between sibling connection and needing to respect the chain of command is only one layer of conflict that plays out in Emma Kavanagh’s The Missing Hours. Finn feels that Leah’s connection to the Cole case is because of the guilt she feels for working too much and not being there for her children. Leah, while acknowledging these feelings, knows in her gut that there is more to the story than Serena going missing.

The main story of The Missing Hours echoes more of a domestic fiction rather than suspense: to see how the characters themselves evolve and overcome their personal conflicts as they deal with the murder and missing persons cases. All the while, Kavanagh makes it impossible to trust any of the characters Finn and Leah run into and impossible to decipher whether or not the murder and missing persons cases are actually connected.

“But then murderers are rarely who you imagine them to be. And I understand betrayal, the fury it brings with it.”
— loc. 3489

The Missing Hours is the perfect page-turner for mystery fans looking for a story that focuses on more than just the case. Themes of family, identity, and gender equality are explored in the world of police work and kidnapping and ransom businesses.